The main purpose of this project was to evaluate the possibility to obtain bullhead (Cottus gobio) fingerlings for commercial aquaculture use and restocking of natural population. Cottus gobio is a high price product in all the Veneto Region (North-east part of Italy) and the total production is from fishing the natural stock. Therefore wild population are suffering of overfishing and great reduction in their density. Reproduction of wild bullhead (Cottus gobio) breeders was obtained under controlled conditions using a new innovative aquaculture protocol in two full recirculation systems. 120 adult fish, half male and half female, were stocked in the two systems with a sex ratio 1:1 in April. Fish were caught in a small tributary of the Astico river (Vicenza province) before the spawning season and placed in the two closed systems at the end of April 2010. The two identical systems were made of two tanks of 300x60x60 cm, each one equipped with biofilter, protein skimmer, UV and Ozone disinfection system. Adult fish were fed on a live fresh diet (larvae of Sarcophaga carnaria, small earthworm and Chironomus larvae). Tanks were provided with shelters made of bricks to provide area for the fish to hide and to attach their eggs. After 1 week from the catch, the adult fish started to release eggs and we got a total of 12 nests and around 4000 eggs. Eggs were then moved to an aquarium, connected to the main tanks, for incubation and hatching. Temperature was maintained at 10 °C and hatching came in 25 days and after 4 days the larvae absorbed the yolk sac. During the incubation time, eggs got damaged by saprolegna infection which caused the loss of the majority of them. Larvae were fed with live artemia for 30 days, then we changed to live diet mainly made of Chironomus. 300 fingerlings were obtained in total by the two systems. Fingerlings measure now 35-45 mm in total length and they will be kept in the tanks until they will reach a commercial size of 100 mm. Data are collected on the growing of the young bullhead to better evaluate the possibility to breed this species for commercial purpose because of its high value in the local market. In 2011 the purpose is to get eggs from the broodstock after more then a year in the two closed circuit and not to remove new fish from the natural environment. This will be the first step of commercial production of bull head. New dry diet, new media for the eggs and new protocol to prevent saprolegna will be tested during the new spawning season in 2011. Part of the production will be used for restocking purpose too. 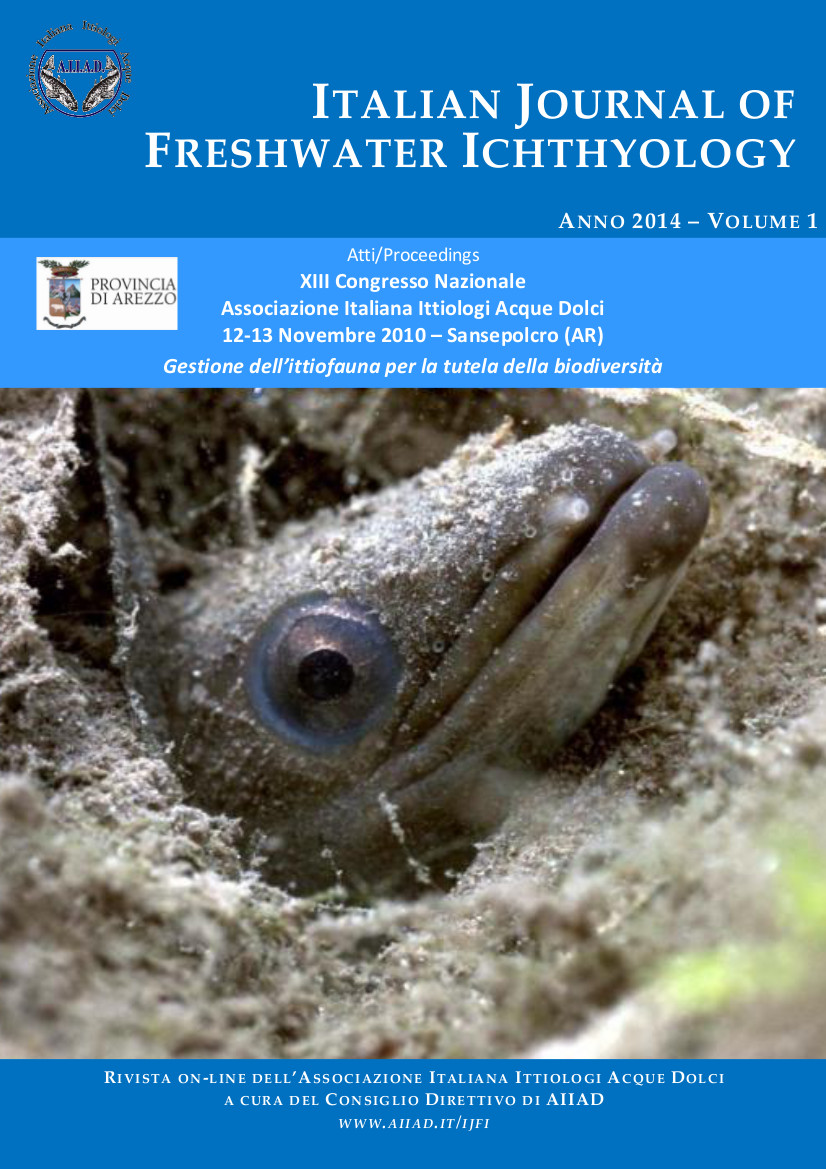